This month's customer car story comes from Ryan Jones. Ryan has a very unique 1973 2.0L which was his first car back in 2005. 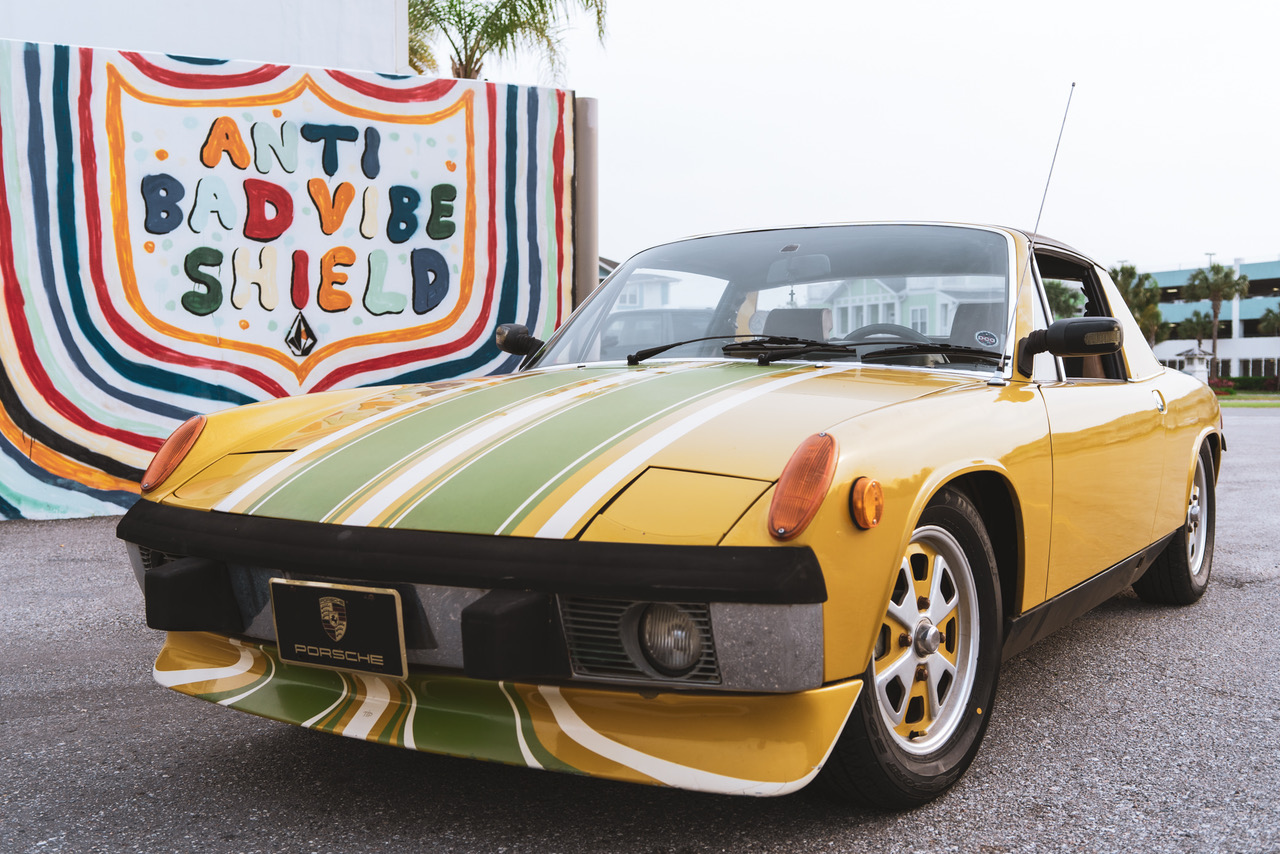 Per the original window sticker, it was imported through Chicago and made its way a few hours south to Howard Hembrough Porsche+Audi in Springfield, Ill. Originally a Delphi Green Metallic car, the gentleman who bought it new off the lot had it repainted in 1976 as you currently see it above. While it’s certainly not a factory color, it’s definitely period correct. 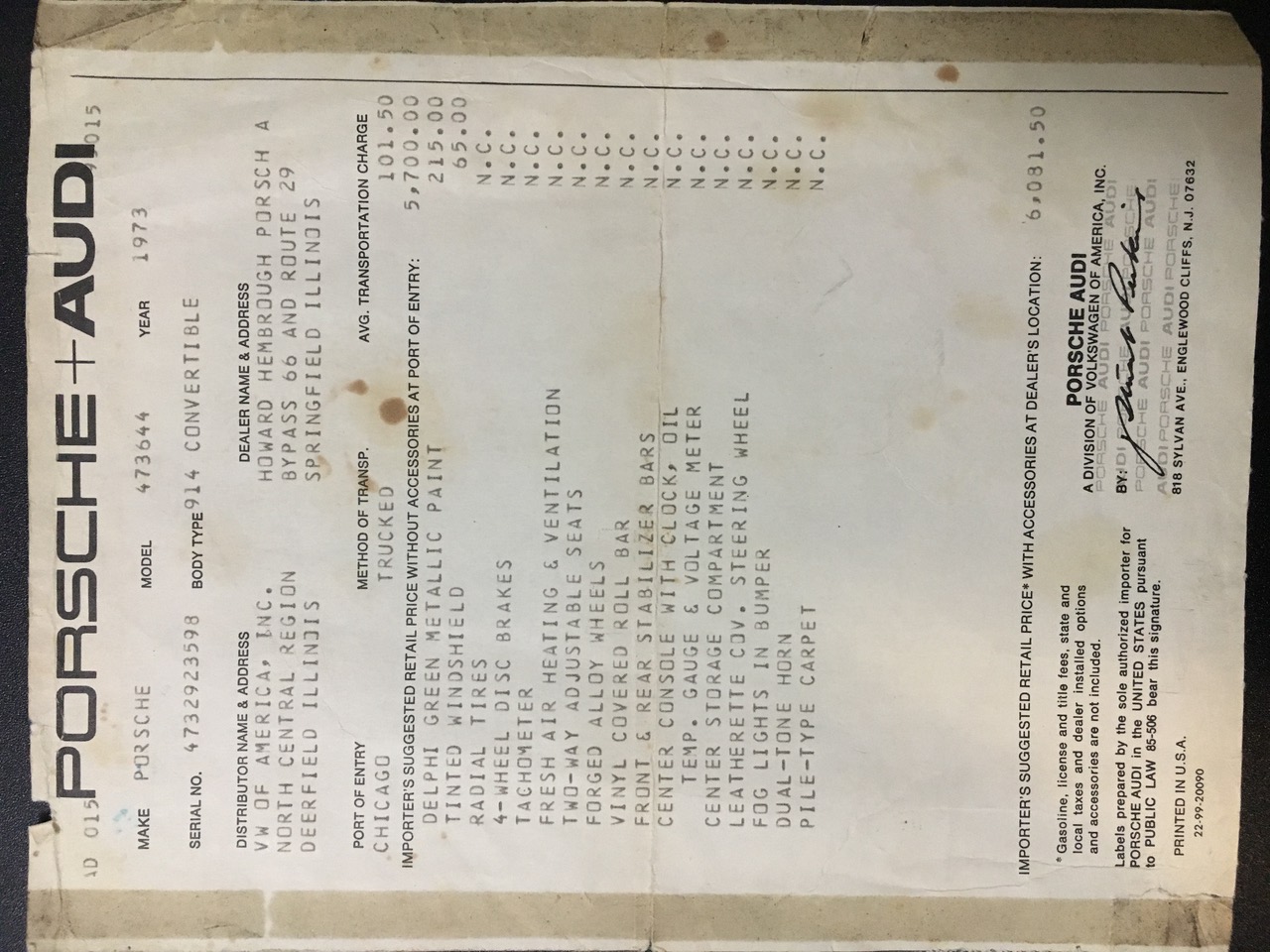 By 1980, that same owner gave the car to his brother-in-law who lived in Canton, Mo. He was a dentist, and the car lived in his garage for the better part of 25 years, mostly as a grocery-getter or occasional weekend driver, racking up only 53,000 miles by the time Ryan picked it up in 2005.

But the first time Ryan saw the car — or any 914, for that matter — was in 1999 when he was 10 years old. His uncle was a mechanic in Canton and got to know the car and its owner over the years. His uncle took him to see the 914 and they  were allowed to go for a short drive, it was love at first sight. 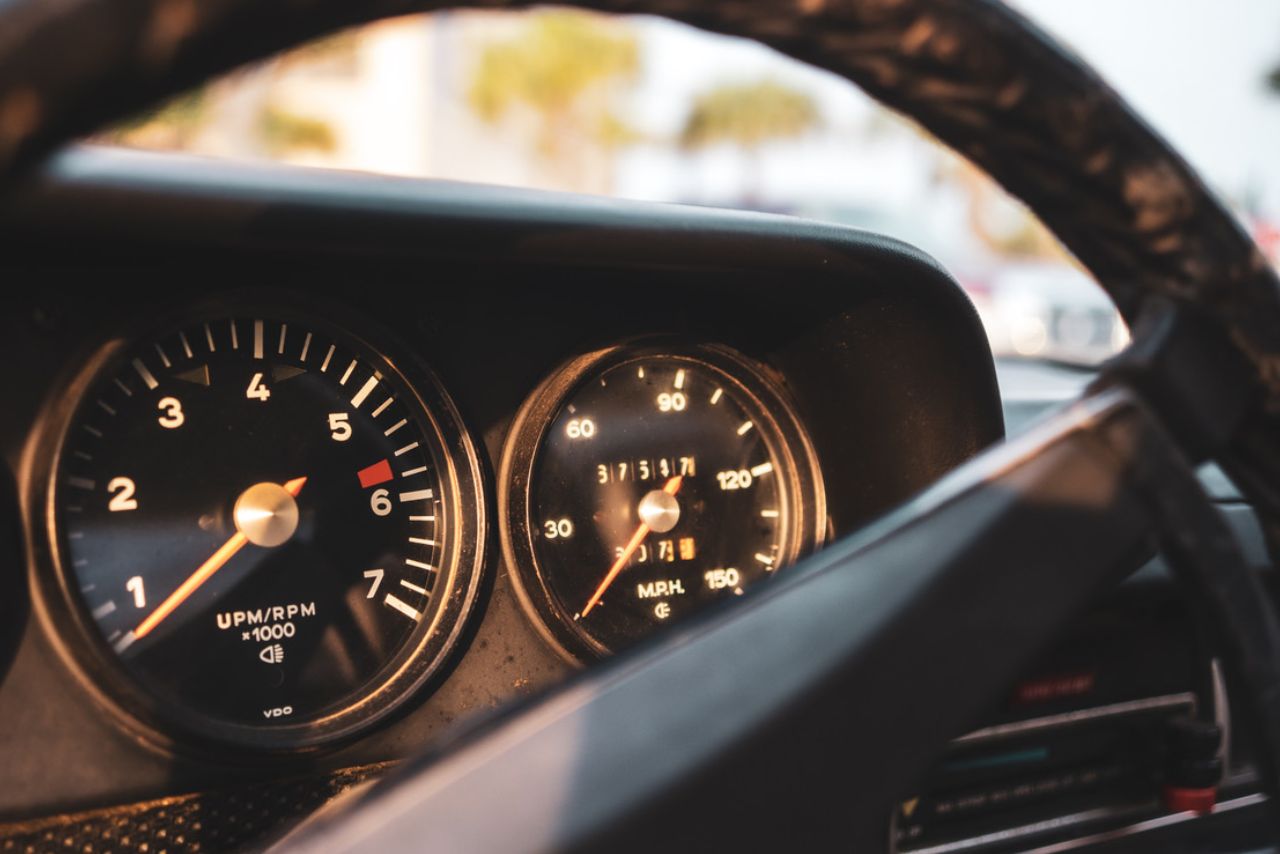 From that point on Ryan began to save all the cash he could get from birthdays, Christmas, and mowing lawns for a car. His parents saw how serious he was and made a deal that if he saved up a majority of the cash for a vehicle purchase, they’d help cover up to a small difference when he turned 16. Whenever they would ask him what car he was going to get, his mind would always come back to the 914.

Ryan later found out that not long after that first drive with his uncle, his parents had worked with him to help find a 914 to surprise Ryan with on his 16th birthday. His uncle initially found a ’74 1.8L in decent shape and he began restoring it. The car had just come out of the paint booth when the body shop, and everything inside it, was destroyed by a tornado. 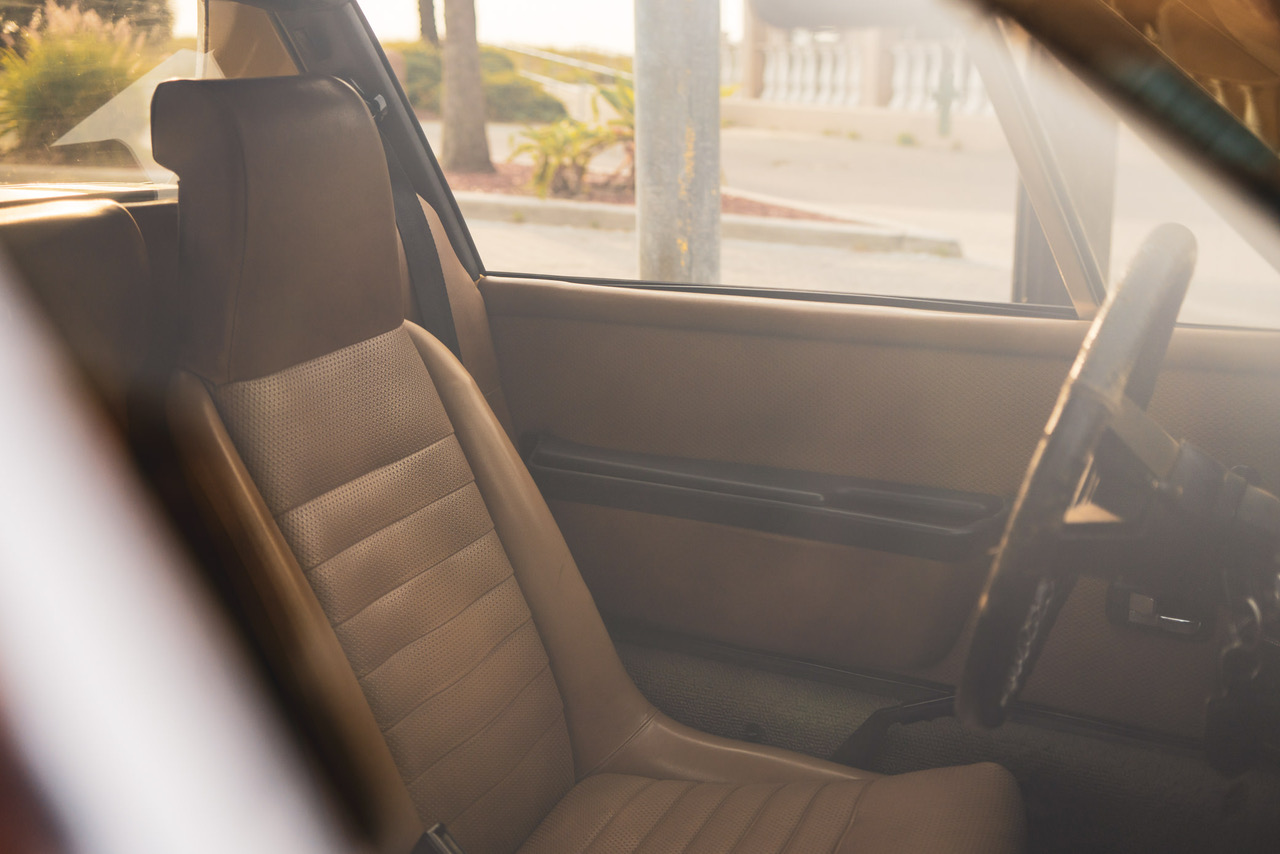 A few months later, the dentist friend had contacted Ryan's uncle to say he was looking to sell the ’73. Fast-forward a year or two later, Ryan's parents sent him on a scavenger hunt around the house on his 16th birthday that ultimately led him to the keys of the 914 he has today. Aside from the paint and side mirrors, the car has remained mostly untouched, original motor, interior, upholstery, etc., and now has about 67,500 miles on the clock. 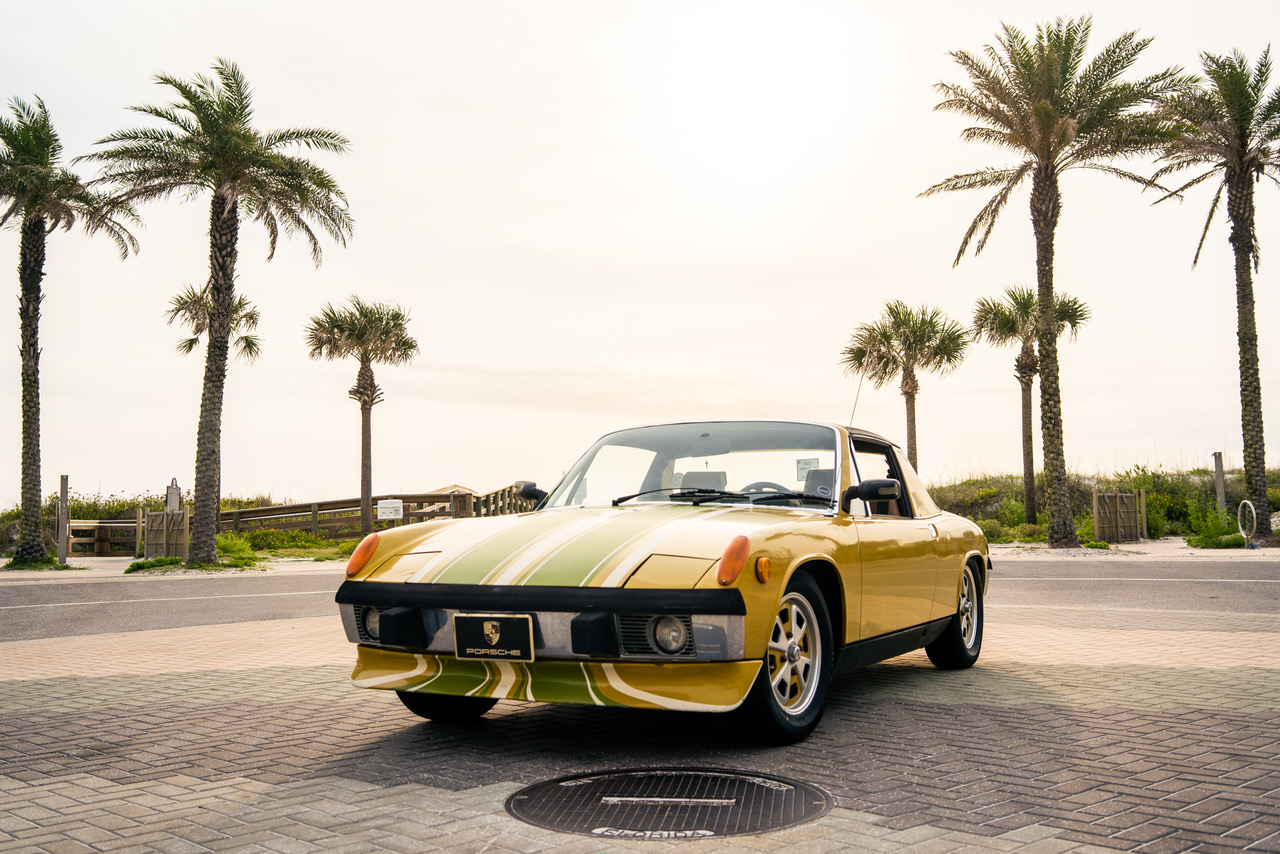 This was a fantastic story with some beautiful images of a one-of-a-kind car. Thank you for the submission Ryan and we hope that every tick of that odometer brings you joy for years to come!

This month's submission comes to us from Steve Klima with his father's original-owner 1970 914-6.

This car was actually bought new from Stoddard Imported Cars where Steve's father, Dave Klima, worked as a salesman and sold the car to himself. This car is one of the Stoddard modified 914-6's which was done in the 1970s. It has a 2.8 twinplug engine along with a side shift transmission.

The car has been fitted with 15x7 Fuchs and 185/70vr15 XWX's and has 21,600 original miles on the drivetrain. Steve was able to get this 6 back on the road again with help from Chris Moore at Autobahn Extremist who dedicated many long hours to getting this car up and running again.

This is a truly special car with some great history behind it. If you want to share your car's story, reach out to us and it might just be your car here next month. Thank you for this great submission Steve!
Please submit your image and a brief summary to blake@914rubber.com. If we select your photo for the newsletter you will win a $15 914Rubber gift card!

This month’s submission comes from Paul Habberfield and his modified 1974 914. 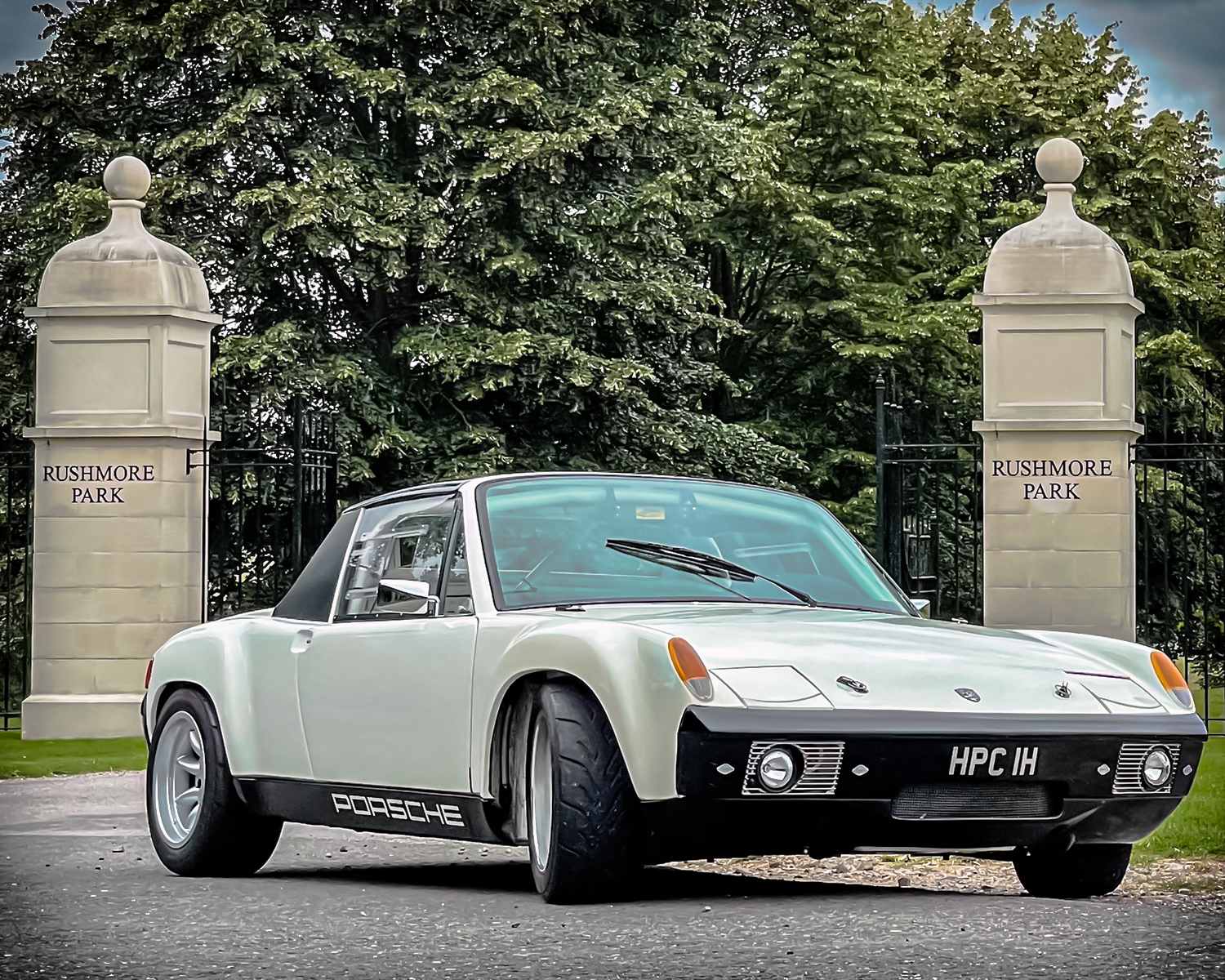 This 914 started life as a 1974 Zambezi Green 1.8 which was first registered in Norfolk Virginia. After spending 36 years stateside, it made its way back across the pond to Europe and in 2010 landed in the UK where it made its way to Paul.

This was the start of a complete nut and bolt rotisserie rebuild including steel GT flares, chassis stiffening, and a full safety cage welded in. The wheels are 8-inch Fuchs and 9-inch Minilites, the brakes were replaced with Porsche 930 Turbo components all round and the suspension/roll bars are from Elephant Racing and are fully adjustable. 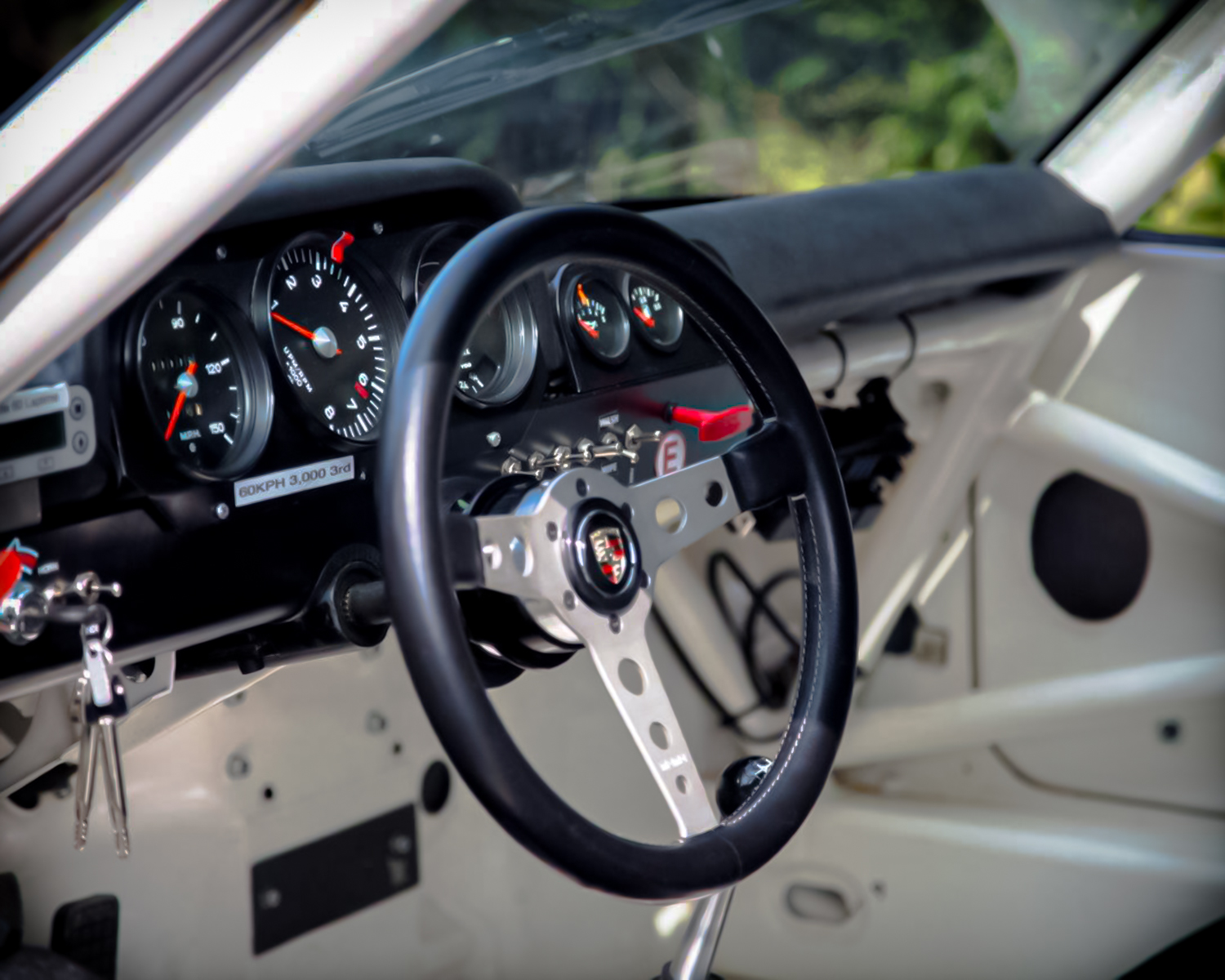 The power plant is a period Magnesium case 2808cc flat 6, running 46 PMO’S, large valves, ported heads and GE60 cams. The headers are ceramic coated and exit via a stainless RSR muffler. This is a car which demands your attention as it approaches and passes.

After 11 long years of hard work and dedication, Paul has was finally able to register his 914 in early 2021 for road use. Prior to this the car had a brief competition history in 2018 where it entered a single Classic race and won its class. 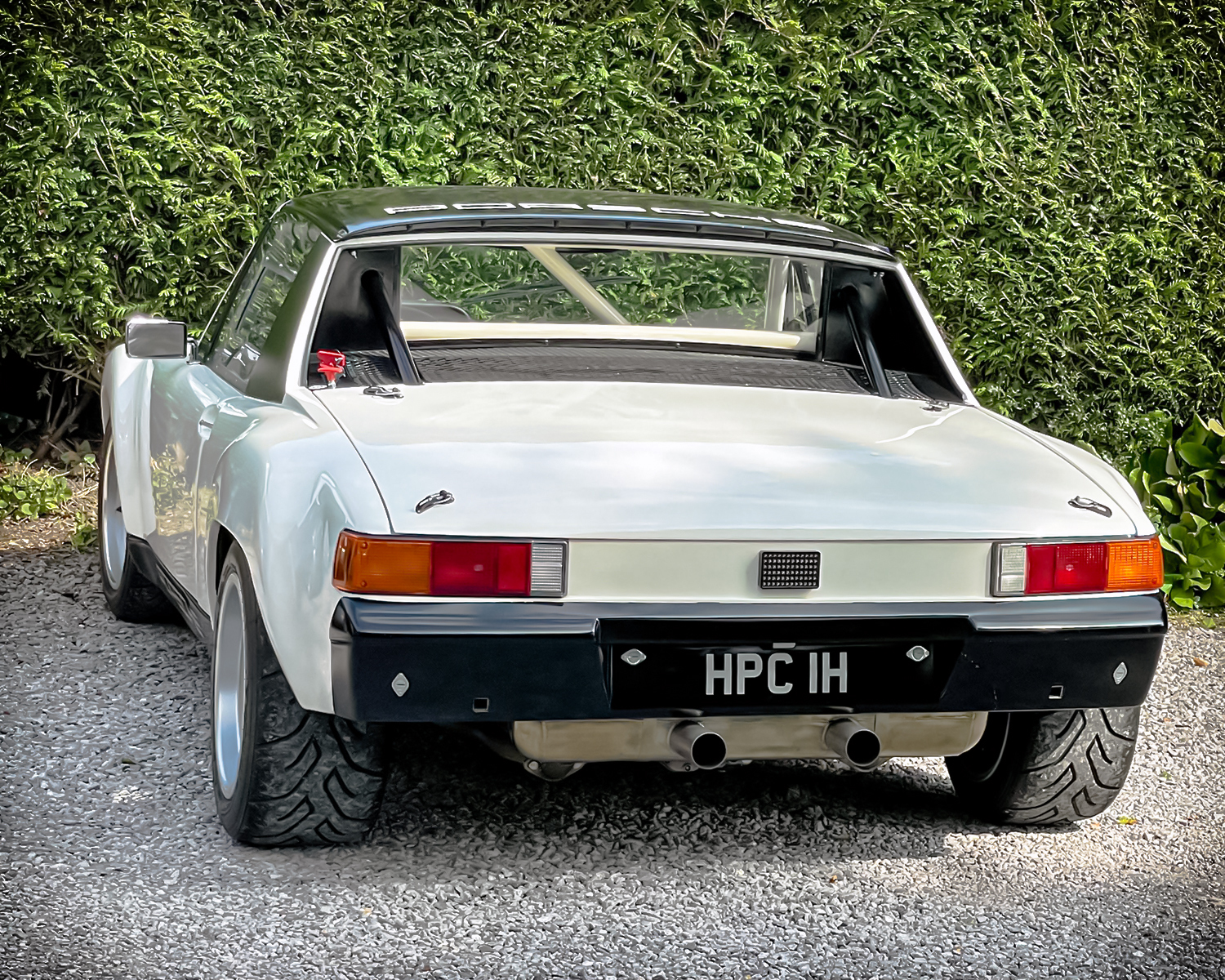 His next plans for the car are to install some heavy-duty sound proofing and carpet for routine hill climbing on the weekends as well as making the ride more accommodating when his girlfriend is brave enough to come along for a ride.

Paul’s goal is to bring the car back to the US for a road trip like no other. He wants to visit the car’s home state and as well as our headquarters and make some truly unique memories with his car. We look forward to seeing you whenever you make it out here, best of luck to you and thank you for the excellent submission!
Please submit your image and a brief summary to blake@914rubber.com. If we select your photo for the newsletter you will win a $15 914Rubber gift card!