This months winner is Dave Green. He has two restoration projects loaded with 914Rubber parts that he is currently working on. The first is a blue 914-6 conversion sporting a twin plug RS euro spec 2.7 L engine with the original Weber carbs. 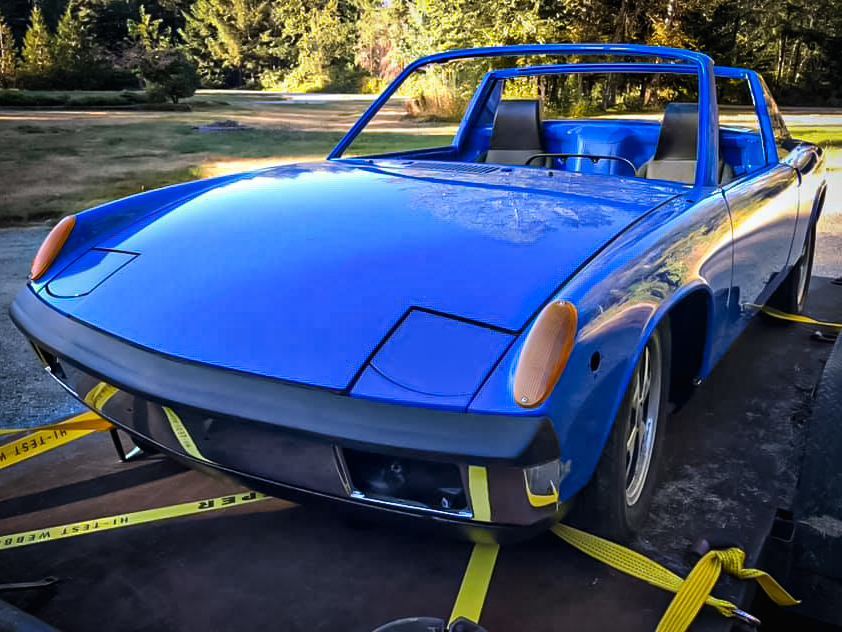 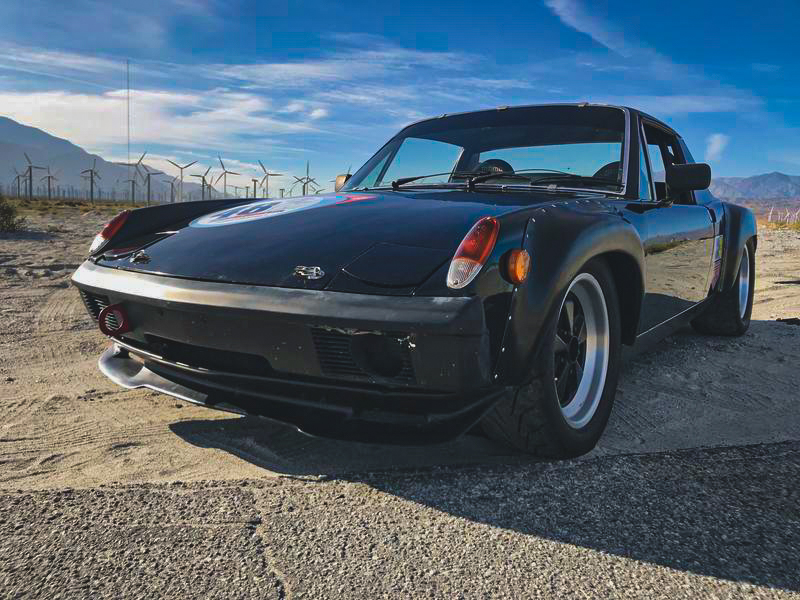 You can follow the build thread for the blue car here and the black car here.Thanks for the submission Dave!
Please submit your image and a brief 1-2 sentence summary to 914rubber@914rubber.com. If we select your photo for the newsletter you can win a 914Rubber gift card! 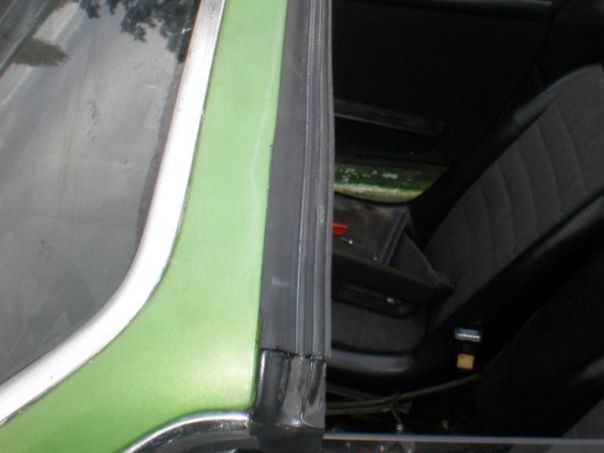 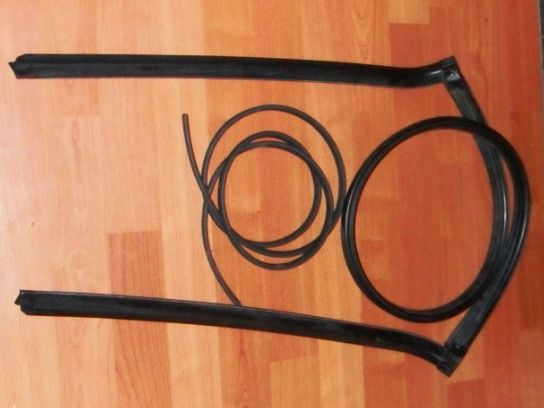 Many of you may know me as Mike or Mikey, but my name is actually Mark. Years ago I started a father-son project with my oldest son, Michael, rebuilding a 914 for him to daily drive. Seeking a website where I could find parts and information for his car I eventually joined 914Club (later renamed to 914World) under the username Mikey914, which has led to some confusion over the years. With that out of the way, I’d like to share how I ended up with my first 914 and what led me to found this company.

The first car I ever drove was my friend’s Camaro SS, the year was 1984 and I was a high schooler obsessed with speed. The Camaro was fast and had immediately ignited my passion for sports cars. Unfortunately, even in the ‘80s a solid project could cost anywhere from $5,000-$10,000 plus another $275/month for insurance. After I realized the Camaro was out of my budget I started looking around for another sports car. That’s when I found a Porsche 914 for $5,900.

Having no idea what this car was, I decided to go check it out. It was a completely restored 1973 Black 914 2.0 Appearance Group. The car looked like it had just rolled off the showroom floor and I took it for a test drive. I was hooked, but could I afford the insurance? I called my insurance agent and he quoted me only $63 a month! From their perspective it was just a Volkswagen that was made in the Karmann plant with the Porsche name on the front badge and grille.

I made an offer for $5,100, which they accepted, and bought the car on the spot. It was one of the most dependable cars I've owned. The only thing I ever had to do was change the oil. That's when my obsession began.

Fast forward back to the father-son project with Michael in 2006. I had found a 1975 Zambezi Green 914 at auction and bought it for $400. The paint was mostly new, and the interior was in great shape, but the engine was pretty much gone from a prior engine fire.

I started thinking there must be other 914 owners who needed this seal as badly as I did. I had a background in drafting and engineering tight tolerance aluminum extrusions through my side-business in aluminum railing. One day while I was picking up product, I showed my sales rep the burnt piece of split Y seal and explained how I wasn’t having any luck finding a replacement for it. He looked at me and said, "you know we extrude rubber too, right?"

This changed everything. I made some modifications to the part which I thought would make it fit better than the factory version. I went home and posted what was to be my first Group Buy with this part on 914World. I got a lot of responses. Some groused about existing suppliers that take money upfront for poor quality parts later and others questioned who I was to be making parts in the first place. In the end, I was able to garner enough interest to pull the trigger on the tooling and make the first production run. I still remember one customer that told me the seal I made was too large and there’s no way it would fit! After I read that I worked with him to show him why the part was different and how I had installed mine. Not only did he change his opinion, but he also endorsed my part and began telling everyone it did fit better than the OEM seal. I had my first happy customer and proven product.

This company started with just me in my garage and has grown into multiple production bays with a team of employees who excel at fabrication, assembly, and customer service. I’ve never been prouder or more excited. 914Rubber has continued to provide high quality and affordable parts to the 914 community so that we can all restore the cars we love. Though I still have my day job as a pilot, my passion is using my engineering skills to redesign and produce parts that keep people driving. From the bottom of my heart I thank all of you for supporting us.

We love seeing what exciting projects our customers are currently working on. Every month we showcase a couple of cars in whatever state they are in - on the road or on the rack.

This months winner is Dan Whitlock. His fuel injected 1.7 L was originally purchased new in Van Nuys, CA. The car then moved to Washington in the late 70's where it changed hands 2 times before Dan bought it off Craigslist in 2006. Six layers of paint and primer were sanded off the chassis and revealed only a minor spot of rust under the battery box. The car is currently being primed at Rillos Restoration in Kent, WA and the original engine is being rebuilt by Chris Goodwin Motorsports in Seattle, WA. It is shaping up to be a great restoration and we hope to see more. Thanks for the submission Dan!

Please submit your image and a brief summary to 914rubber@914rubber.com. If we select your photo for the newsletter you can win a 914Rubber gift card!

As many of you know, I have a day job. The parts business is my passion project. I like to catch up with customers as I travel the country. Some have become good friends. It's always nice to see what they do with their cars and how they drive them.

An Afternoon with Ken in Hawaii

Ken is a recent customer who is currently working on his brakes. I mentioned that I would be on his Island in a week or so and that perhaps we could catch up. I knew I had found Ken's place because his 914 (74 2.0L with Carbs) was prominently parked in his driveway.

I noted the car was in primer and asked him about his paint plans. Ken's quite happy with it as it is given that he drives the car routinely, so it's not a big deal if he gets a scratch - its got that rat rod look.

Be Seen and Be Heard

The 5 lug Fuchs conversion and 2.0 L were what really made this car stand out for him. He also has 2 LED light strips mounted on the front bumper to use as running lights. Ken's currently finishing up the master cylinder and plans to upgrade the backlighting in the instrument gauge cluster to LEDs. Ken has added an extra pair of speakers directly to the longs as well as a sub-woofer in the front trunk. This helps hear the sound with the top off.

The 914 has some company. It's cousin, the 911, is fun to drive also but he really enjoys the 914 the most. It's more of a street legal go-cart. He actually gets more looks in the 914 as there aren't many on the island.

One of the most unique features of his growing Porsche stable is his security system. His attack tortoise fends of any would-be thieves. This is definitely a Hawaiian car.

Thanks for your hospitality Ken! Always nice to catch up with a fellow enthusiast.